The urban community of Lyon is one of the largest in all of France, boasting a population of over 1.5 million inhabitants. Situated in the Rhône-Alpes region in east-central France, Lyon lies between the cities of Marseille and Paris and is crossed by both the Saône and Rhône rivers. Lyon is best known for its French and international cuisine as well as its local wines, earning its reputation as the culinary capital of France. While contemporary Lyon is a modern, bustling city, Lyon has been placed on the UNESCO World Heritage Site List on account of its historical roots and architecture.

What exactly does the urban community of Lyon refer to? Also known as Grand Lyon, it describes the intercommunal structure comprised of 58 communes, the majority of which are located in the metropolitan area of Lyon. However an isolated few communes are situated in the suburbs, detached from the rest of the urban community. 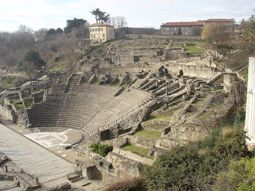 What does the modern urban community of Lyon have to offer? A lot! From museums and churches to great food, great shopping, people watching at sidewalk cafés, and the Place Bellecour, the largest square in Europe, there is no end of what to see and do in Lyon. The Parc de la Tete d'Or (literally meaning the Golden Head Park), is the largest urban park in France, featuring a boating lake, a charming zoo, a number of rides, horseback riding, miniature golf, activity areas, and a miniature train. Nature lovers will also enjoy the serene Pilat Nature reserve, located just 30 minutes outside of Lyon.

Commercially, the urban community of Lyon is known for its sizable software industry, specializing in video game technology, as well as its biotech, chemical, and pharmaceutical industries. The headquarters of Interpol, the international crime-fighting organization, are located in Lyon, and the city is further recognized as the place where moving pictures were invented. Shopping lovers should visit the luxurious Carré d'Or district or check out the less expensive but equally charming shopping districts near Rue Victor Hugo and Rue Auguste Comte.

Historically, the urban community of Lyon has many claims to fame. Once the capital of the silk industry, today you can explore Lyon's "traboules" or secret passageways which extend through the city's buildings and courtyards. The labyrinth of alleyways and staircases once served as the pathway (and shortcut) for silk workers taking their produce to the markets. Today the traboules have been declared a UNESCO World Heritage Site and are partially open to the public in the areas of Vieux-Lyon and Croix-Rousse.

Interestingly, Lyon actually began as a Roman colony in 43 BC, and Lyon's Roman district contains some intriguing Roman ruins, including Roman baths and a mausoleum, the stunning Notre-Dame Fourviére Basilica, the Archbishop's Palace, a mini-Eiffel Tower, and a well-preserved Roman-era theater. Today you can also visit the Museum of Gallo-Roman Civilization.

As you can see, the urban community of Lyon offers an eclectic mix of the old, the new, and everything in between! The next time you visit France, be sure to include Lyon on your travel itinerary. While you are there, you might also want to visit the vendors at the enormous Halles de Lyon market in the morning, as well as the vineyards of Beaujolais and Côtes du Rhône, two of France's primary wine-growing regions.