To translate French into English isn't as simple as it sounds. In fact, it is a complicated process requiring intimate knowledge of both languages. If you are a language lover, you probably already know that the French and English grammar systems differ considerably. As a result, any attempt at direct translation usually comes out wrong. For starters, in French nouns take on a gender, something which is non-existent in English. So in French a chair isn't just a chair; it is the feminine "la chaise." Similarly, French has both a familiar and a formal tense for addressing people as "you": "tu" and "vous." While you can formally address a single person using "vous," a direct English translation might erroneously assume the plural "you." As the famous saying goes: Things often get lost in translation!

Having said that, there are numerous options available today if you want to translate French into English. First, going back to basics, you have your handy French-English dictionary, which comes in both regular and pocket sizes for convenience. Next, anyone with access to a computer and the Internet these days can take advantage of the free language translation services offered by all the major search engines. The most well-known among these is Google's Google Translate, however you should also check out Babel Fish, offered by Yahoo!, as well as Windows Live Translator, offered by Live Search. The systems are easy to use. Simply cut/paste the text you wish to translate into the box displayed on your screen. Select the original language and the target language, click on "translate," and before you know it the job is done. You can even enter the URL of a web page and the entire page will be translated. 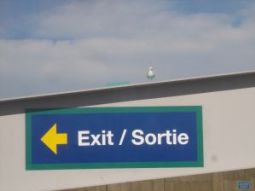 To translate French into English you can also purchase French translation software, which is capable of handling large volumes of text in a matter of minutes or seconds. The software is compatible with Microsoft Office, meaning you can continue to work with your usual word processor. Simply select the document you wish to translate, click on the translate button, and voila! However while speed is important, especially if you need a lot of material translated in a short amount of time, the real question is: How accurate are the results? According to the experts, you will rarely get 100% accuracy using any of these methods. The intricacies of both the French and English languages are simply too complicated for a computer to recognize and as a result the richness of both languages may be significantly depreciated.

So what is the best way to translate French into English? Language specialists say that to do justice to the task, the best solution is to hire a human translator who is fluent in both languages. Sound simple? Not so fast! You also need to pay attention to the dialect of the French material being translated, as each dialect – such as Parisian French, Canadian French, Cajun French, African French, and Belgian French – has its own linguistic rules and flavor.