Movies in French are a great way to pick up new French vocabulary and improve your French comprehension and French conversational skills. Begin by watching children's movies in French or French cartoons, which are fun, entertaining, and will help you develop a firm French foundation. Next, try watching more adult French films with English subtitles, paying close attention to the proper pronunciation and accent. You can then graduate to watching familiar French movies without any subtitles at all to see how much you have retained. French TV, French radio, and French concerts are also excellent mediums to help you master the language.

You'll have no shortage of selection when it comes time to choose French movies . The French people are very passionate about their film industry and have been producing top-rated movies for ages. In fact, the annual Cannes Film Festival which takes place in the south of France each year and which showcases the "best of the best" in foreign films, attracts some of the biggest names in the business, including directors, producers, actors, and actresses, who all descend on Cannes for the grand event. 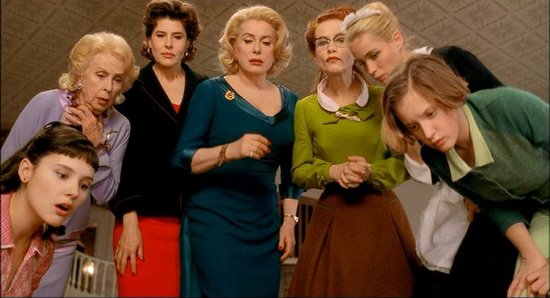 Of course, in addition to movies in French, there are also scores of movies shot in France, movies about Paris, movies with the name "Paris" in their title, and movies with a French-related theme. Six of the best-known "Paris" films to date are:

Of course, movies in French cover all the genres, including musicals, dramas, classics, thrillers, horrors, science fictions, comedies, romances, and more. If you're looking for French film recommendations, here are the names of three well-known and beloved classics:

Finally, if you're in the mood for some hilarious French comedy, check out the following French movies :