A comprehensive list of French desserts could go on forever... but here is a rundown of some of the most popular French pastries, cakes, tarts, cookies, breads, crepes, and ice creams. Of course, France is best known for its numerous wine-producing regions from which have emerged some of the world's finest and most beloved wines, brandies, and champagnes. However French desserts are no less popular and many Western desserts actually have French origins.

Do you have a special French Dessert Recipe? Click here to share it with this page's visitors!

Most people are surprised to find "cheese" on a list of French desserts! However presenting a dish with assorted French cheeses is a very typical after-the-meal course in France, as is a serving of fruit or even a salad. Some of the most famous French cheeses include Camembert, Roquefort, Parmesan, Brie, Beaufort, Saint Maure, and Neufchatel. According to the experts, there are over 500 different cheese varieties in France.

You are probably much more familiar, however, with this next list of French desserts: 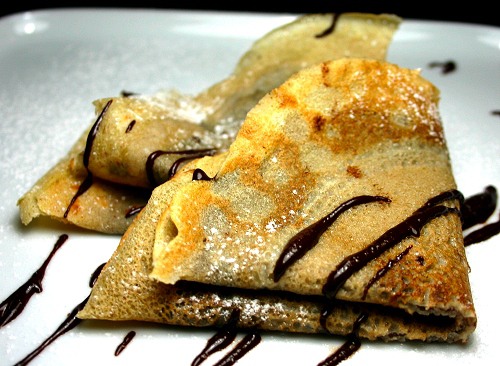 Of course, no list of French desserts would be complete without an equally long list of French crème desserts. In fact, the proliferation of crèmes can be rather confusing if you don't how to differentiate between them! Here are some of the dessert items you might find on a French menu:

If you love ice cream, sundaes, sorbets, maple syrup, chocolate syrup, butterscotch, assorted nuts, sprinkles, and other toppings, you're going to love this final (but by no means comprehensive) list of French desserts:

Have A Yummy French Dessert Recipe?

Here is your chance to share YOUR favorite French Dessert Recipe!