A comprehensive list of French artists would be almost impossible to generate since in every decade, century, and age, scores of French artists have emerged. They cover the gamut of artistic styles and art forms, and some of the greatest artists of all times have French roots.

The period of the 1800s is riddled with French painters who have since become household names until this day. Here is a short list of French artists from the 19th century: 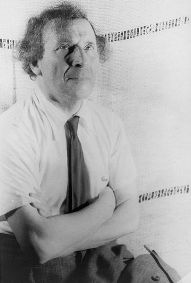 Now, this next painter would not officially be included on a list of French artists since he is Italian in origin; however Leonardo Da Vinci's famous portrait of the Mona Lisa is proudly displayed in the Louvre Museum in Paris, France.

The list of French artists from the 20th century is equally as extensive and includes painters, sculptors, photographers, and musicians. World-famous French photographers who are credited with transforming photography into an art form include:

Nicolas Poussin, the 17th century painter who served as First Painter to the King, is said to have influenced scored of future generations of French artists, including Jacques-Louis David, Jean-Auguste-Dominique Ingres, and Paul Cezanne.

The list of French artists goes on and on, but here are just a few more noted names and their works of art:

Edgar Degas: French Impressionist and Realist painter during the late 19th and early 20th century; famous for his over 100 ballerina ballet dancers illustrations, comprised of preparation study sketches and full-scale oil paintings. His most famous works include:

Auguste Rodin: Famous French sculptor of the 1800s, commissioned to create a monument to French writer Victor Hugo in 1889. You can see many of his magnificent sculptures displayed in the Musee Rodin located in Paris, France.