The feminine French word for beautiful is belle, while the masculine word for beautiful (handsome) is beau. However out of these two words, literally hundreds of French phrases have been created, many of them utilized in everyday speech. For instance, from belle we get quelle belle journee (what a beautiful day it is) and from beau we derive il fait beau (the weather is beautiful).

The French word for beautiful is also used to describe family members in French. To be more specific, use either belle or beau to depict in-laws or step parents. The conjugations and combinations look as follows: 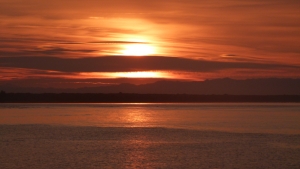 Of course, French being the language of love and romance, there are many ways to say I love you or I admire you using the French word for beautiful:

Even more interesting is the fact that English contains many words of French origin, including phrases using the French word for beautiful! The term "the belle of the ball" was adopted into the English language during the 17th century, derived from the Old French "bele." Similarly, no doubt the phrase "southern belle" rings a bell. And who doesn't remember the Beatles epic love song, "Michelle, ma belle"?

The French adjective "beautiful" is used in its masculine and feminine forms throughout the French language. For example, the term "La belle époque", meaning 'beautiful era,' is used to describe the Golden Age of culture in France during the early 20th century. And can you guess one says "Sleeping Beauty" in French? That's right: It's "La Belle au bois dormant."

Here are just a few more common phrases and idioms containing the French word for beautiful: