French Renaissance art is timeless, with an appeal and interest that hasn't waned in centuries. Indeed, the Renaissance is considered one of the most important periods in the history of art. While there are many who were considered "masters" of this period, the most famous Renaissance artists by far were Michelangelo, Leonardo da Vinci, Raphael, and Titian, whose works were often commissioned by the noble elite to hang in their royal palaces and grand mansions. Da Vinci's most noted works, of course, are his painting, "The Last Supper," and his portrait of the Mona Lisa, both of which hang proudly in the Louvre Museum in the heart of Paris, France.

Broadly speaking, French Renaissance art covers the period between 1400 and 1600, and includes painting, sculpture, and architecture. The word "renaissance" itself means "rebirth" in French, alluding to age of discovery and exploration which typified the era. In art, this manifested in renewed interest in nature, human beings and especially ordinary people, and all aspects of the world. 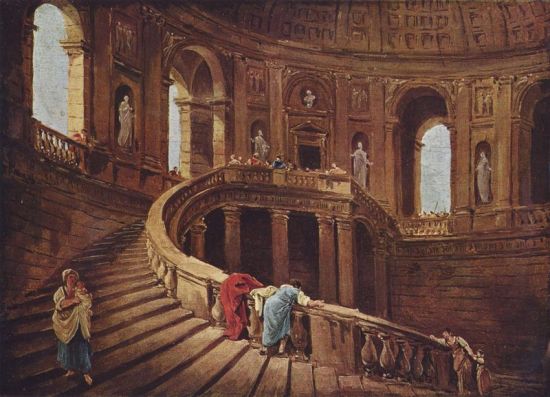 What separated this Renaissance art from the art of the Middle Ages was a greater depth and sense of realism and a departure from primarily religious subjects. During the period of the Renaissance, using an artistic technique known as foreshortening, artists for the first time used different angles to create the illusion of objects at a distance versus objects up close. While human figures once appeared stiff and unreal, during the Renaissance they were lifelike and more exciting. Much of this is attributed to the influence of Humanism, which was a belief in the importance of the common person and his/her daily life.

French Renaissance art therefore featured not only portraits of the rich elite, but also paintings of peasants at work or leisure. This trend continued in the forms of art which followed the Renaissance period. Famous French painter Claude Monet (1840-1926), was known for his portraits of his wife Camille (among other classic works) and was considered the leader of Impressionist art movement. Frenchman and artist Paul Cezanne (1893-1906) instigated the Post-Impressionist movement, which featured a unique blend of color and form.

Michelangelo Buonarroti of Florence, Italy, a painter, architect, and sculptor, is considered the most brilliant figure in the realm of Renaissance art. Among his most admired works are his series of paintings across the ceiling of the Sistine Chapel, his gigantic statue of David, and his design for the dome of St. Peter's church in Rome. Compared to Italy, French Renaissance art was accepted slowly; however during the 16th century, King Francis I hired a number of Italian artist to come work in his court, among them Leonardo da Vinci in 1516. It is said that the focal point of French Renaissance art in France was the artwork created by French and foreign artists at the royal Château de Fontainebleau.