French horror films, like all horror flicks, thrive on giving the audience a terrifying experience via dark, black, scary scenes, mutilation, dismemberment, killings - all the tune of eerie music and state of the art special affects to punctuate the horror and make the gory details come alive. Ever since Hitchcock's famous Psycho horror films and the American Scream series, it was largely American cinema which was at the forefront of the horror movie industry. 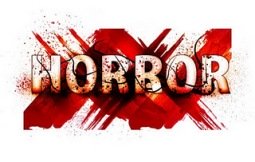 If you're a fan of horror flicks, you might want to check out the following well-known horror films in French. However, viewer be warned! You may not be able to sleep very well after watching these...

Haute Tension (2003) (High Tension): Directed by Alexandro Aja, this ultra-graphic splatter film tells of two females hunted down by a serial killer. Known in the UK as Switchblade Romance, this movie was one of the first in a growing number of recent French horror films which has been shocking audiences and setting off waves of international controversy, with protesters and critics saying the violent content is over the top and inappropriate for viewers.

Frontieres (2007) (Frontiers): Three thieves barricade themselves inside an abandoned building in this Xavier Gens film, only to find themselves coming face-to-face with a gang of sadistic neo-Nazis who already occupy the premises. Once again, this French horror film has received mixed reviews and is not recommended for the faint of heart.

A l'interieur (2007) (Inside): Another modern-day splatter movie, directed by Alexandre Bustillo, which features two main characters and which has been more given more congenial reviews by critics within this genre of horror films.

Martyrs (2008): First released at the 2008 Cannes Film Festival, this horror flick by Pascal Laugier, despite its extremely disturbing content and super-violent nature, has been rather widely critically acclaimed, attracting a new wave of audiences to this emerging class of French movies.

If horror films are your cup of tea and you are in the mood for a creative, innovative twist on the standard horror film of years past, check your local video store or go online to download the most recent French horror films. However if you're looking for the more classic type of "scare movie," pick up a copy of flicks such as The Exorcist, Halloween, or Texas Chainsaw Massacre.