Where can you find French boys names? Once upon a time, you had to rely on word of mouth and or baby naming books from the library. Nowadays, finding names for boys and girls - in English, French, Spanish, Italian, Russian, Hebrew, Swedish, or any other language - has been made super easy with the advent of the Internet. There are scores of free websites offering literally thousands of name suggestions, including French first names and last names, French baby names, French names for girls, French names for boys, and even French names for dogs!

Before choosing French boys names, find out what they mean and how to pronounce them correctly. Many names in French relate to French history, culture, and heritage. Other French names are romantic and pleasing to the ear, holding a special attraction to those who hear them. You can also find French names related to music, natural wonders, celebrities, great leaders, sports athletes, religious characters, Biblical figures, Biblical symbols, gods and goddesses, heroes and heroines, and more. 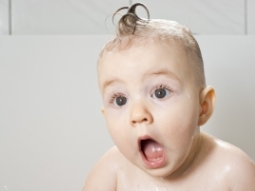 A common feature in French boys names is the hyphenated name, such as Henri-Adrien, Jean-Paul, or Paul-Yvonne. Interestingly, these same names can be used for girls by interchanging the order of the names before and after the hyphen. In this way, Henri-Adrien becomes Adrianne-Henri for a girl. Furthermore, many male and female names in French come from the same base, with a short suffix added for the female version. Hence the French boys' name, Marcel, becomes Marcelle for a girl, and Jacques becomes Jacqueline. Some French names reflect family, location of birth, or occupation. The name Henri de Paul, for example, means Henry the son of Paul.

Expecting a child is one of the most exciting events and milestones in the lifetime of a couple. However choosing a baby name can be stressful until you hit upon just the right one. If you're looking for some common French boys' names, consider the following:

Looking for more modern, 21st century French boys names? Consider the name "Aimè," which comes from old French. It means "loved," and is very popular at the present time. And if you're expecting boy and girl twins, the name "Aimè" for a boy and "Aimèe" for a girl make a matching set that is très chic!