English to French phrases may be easier to learn than you imagined! Most English-speaking people are surprised to learn that they actually already know quite a bit of French, or at least some French vocabulary and common phrases. How is this possible?

The fact of the matter is that English has borrowed and adopted more French words into everyday speech than any other language. As you begin to learn French, it's nice to know that you already have a set of French-speaking skills. Although you may have to work a little on correcting your pronunciation, your current familiarity with English to French phrases can be a great confidence booster as you begin to learn new material.

To give you a taste of the French phrases and vocabulary you may have already mastered, here is a small sample of common English to French phrases - that is, English sayings and words which originated from the French language: 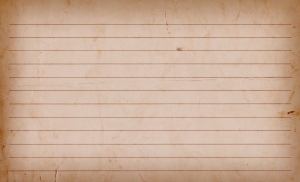 These next English to French phrases are so common that they don't even require translation! See how many of the following well-known French expressions you already have in your repertoire (noting that word "repertoire" is yet another English word derived from the French language!):