The economic history of France has seen more than its share of ups and downs. In the first half of the 1700s, thanks to the gains of Louis XIV, the Sun King, the French economy boomed as relations and trade with the West expanded. Thanks to advancements in the technology of the day, products were able to move more rapidly into the market. Unfortunately, most of the skills and higher education necessary to continue this economic trend lay in the hands of a minority of French intellectuals. Meanwhile, the mass uneducated population of the Third Estate continued to grow. And as the woes of the French under-classes grew, so did the economy fall and ultimately fail.

The economic history of France thus took a turn for the worse in the second half of the 1700s, with widespread food shortages and poverty. The combination of an inept government, a predominantly uneducated populace, and competition from British-made goods meant France could no longer compete on an international level. What ensued next were rampant unemployment, nationwide hunger, and an economy in crisis. The government responded by increasing taxes for the already destitute Third Estate. Add to this the severe weather conditions which destroyed French crops in 1788, and what you were left with was a French populace who were hungry, cold, broke - and angry. 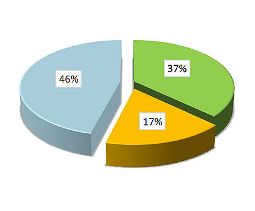 The next chapter in the economic history of France took place after the French Revolution with the advent of the Napoleonic era, when the tide began to turn in France. Although Napoleon can be criticized for establishing a dictatorship of power, his government did promise to revitalize the state of the nation and set about bringing new reforms.

The biggest reform was the institution of the Napoleonic Code, which aimed to bring about equality of citizenship by law. People were granted religious freedom and freedom to pursue careers of their own choosing. Economically, feudalism was abolished and the church was nationalized and taxed. To make food affordable for all, a price limit was put on food and anyone selling food on the black market was punished by execution. However what really brought about economic reform in France were Napoleon's military conquests and the loot and wealth he thereby ushered into the country.

Napoleon's establishment of the Bank of France had a major impact on the economic history of France. The bank regulated currency and cash flow, thereby preventing inflation. It lowered interest loans, tax rebates, and grant money, thereby promoting economic development. In fact, the Bank of France played a major role in stabilizing the French economy. Finally, Napoleon's efforts to bring education to the uneducated French populace were yet another valuable investment and an important development in the economic history of France.