Art of the French Revolution

In order to truly understand the art of the French Revolution, it's necessary to look at what came beforehand in the world of art and French paintings. Pre-revolutionary France featured artwork which was frivolous in nature and subject, and which was exclusively enjoyed by the wealthy nobility. Much like the rest of France, the French royalty enjoyed all the perks in life while the French peasantry and middle class, who formed the majority of the French populace, lived in abject poverty and were subject to discriminatory laws and heavy taxes.

Prior to the art of the French Revolution was the "Rocco" period of art, which was highly ornamental and stylishly detailed in pale pastel colors. The paintings were commissioned by the upper class to hang in their grand palaces and chateaus. Typical scenarios depicted young lovers in pastoral gardens decked out in swathes of colorful fabrics, clouds of flower petals, cherubs, outdoor games, and cheerful expressions of abandoned gaiety. One of the most famous paintings of the Rocco era is "The Swing," painted by artist Jean Honor-Fragonard. The ornate Palace of Versailles was also decorated in Rocco style (a term which stems from the French rocaille, meaning decorative), which can be described as brimming with affluence and luxury. 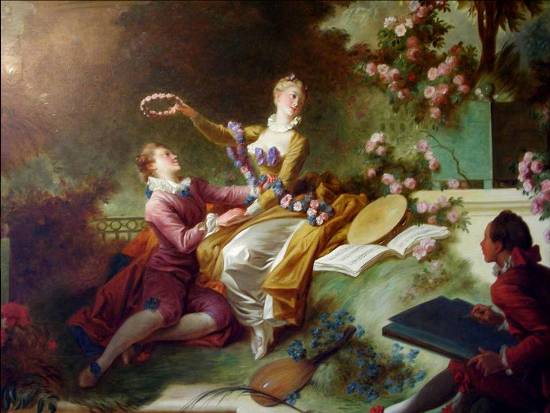 The French Revolution saw a major shift in the political climate of France as the lower classes rose up to fight for their human and civil rights, to end the oppression of the church and state, and to put the power back in the hands of the people or Third Estate. A similar shift is clearly evident in the art of the French Revolution. In contrast to the frivolity of Rocco-style art, French Revolution art, known as Baroque, was intensely emotional with violent undertones. It represented the French populace's complete rejection of the lives and artwork of the wealthy elite, as well as their disdain for the unequal distribution of wealth in France. In fact, when the Revolutionaries stormed the palaces of Paris, they set about destroying any Rocco portraits of nobility they came across. 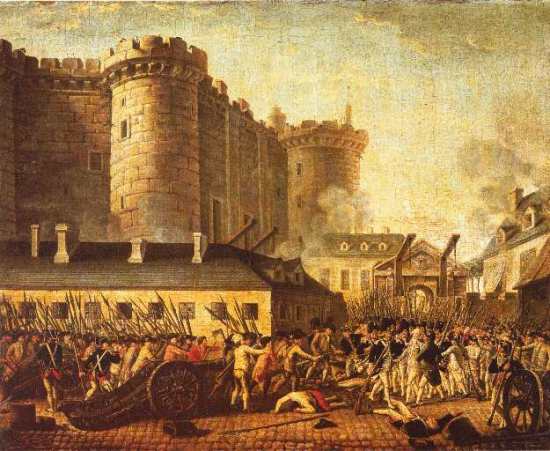 To see this painting and additional art of the French Revolution, visit the Louvre Museum in Paris, which is home to the largest collection of French paintings in the world, as well as sculptures and antiquities from diverse civilizations.

More about the French Revolution